A church has stood on this site for over 1000 years from when an Anglo-Saxon settlement was on the land slightly to the north. ‘Wykham’ meaning ‘the hamlet with the dairy farm’ was bordered by a road running from St Paul's Cathedral to ‘Beodriesworth’ (now Bury St Edmunds), this road is now known as the Hedingham Road.

The church would have been a small daub-and-wattle building serving a small community made up mainly of sheep farmers. In 1022 the head of St Pauls granted the hamlet of Wykham to Ailwen, son of the priest and the hamlet became Wickham St Pauls.

In the 12th Century the west end (back) of the church was strengthened by a more solid wall, which still stands today. In the early 14th century the daub and wattle walls were replaced with 'clunch' walls - various size stones and flints in-filled with clay soil. This became the nave and chancel in the shape it is to this day. 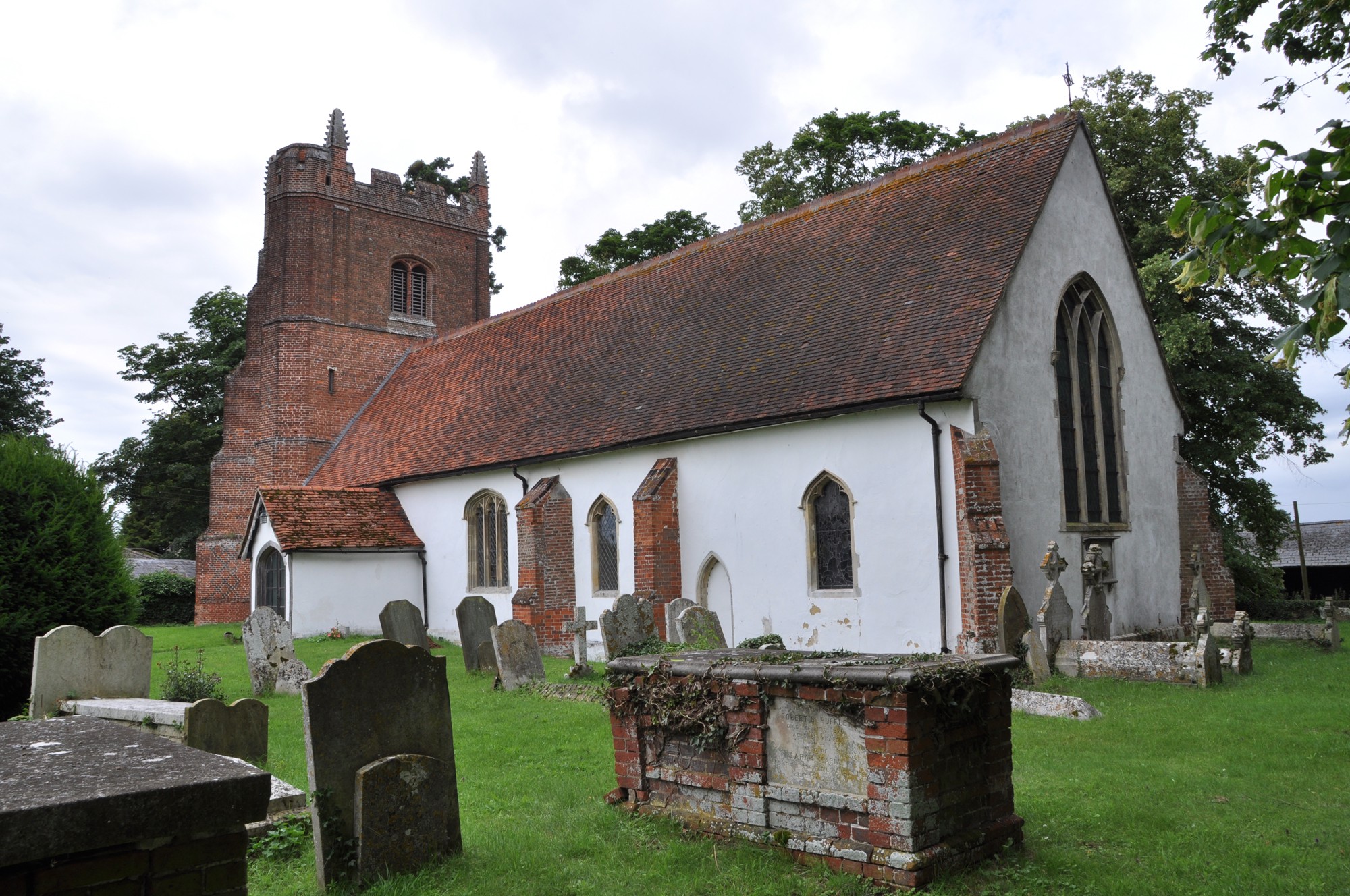 In 1348 the Black Death swept the country and while it is not recorded that Wickham St Pauls was hit by the plague, something around this time persuaded the community to move half a mile up the road and away from the church to where the present day village is located. The church had only relatively recently been substantially rebuilt and perhaps this is why it was left in it's original location.

In 1505 a Wickham man named John Greene died and left the some of £20 with which to build a church tower. The tower was built and contains five bells.

In 1579 ‘A communion cup worth 53 shillings and 4 pence and another cup’ were stolen from the church, the thief was caught and hanged and the communion cup is still in use today.

In the time of Oliver Cromwell (1649-1660), Wickham church fell victim to some destruction; the medieval stained glass was smashed. Only three recognisable pieces survived, these are incorporated into the ‘Warren Memorial Window.’

In the mid 1800s pews were installed so that the congregation could be seated throughout services, a porch was added to the South door and the vestry and organ chamber were added.

Electricity didn't come to the village until the mid-1950s when electric heating replaced the Halstead made ‘Tortoise Stove’ and electric lights replaced oil lamps.