St Barnabas Church and the Ferret

In the early 1950's, St. Barnabas had no electricity; indeed there was no electricity on the side of the road where the church stands. The PCC were keen for this to change, but after discussion with the Electricity Board it was deemed to be too expensive.

Living opposite the church was an exceptional man called Eddie Tuffin. He was born in Henny and having left school at 14, he had moved to Alphamstone to work as a labourer for John Stuck of Coppin's Farm. He stayed in Alphamstone for the rest of his life - dying aged 100. Eddie was a sacristan and churchwarden at St. Barnabas for 50 years. Eddie was not happy with the decisions taken and being a man who felt that there was a solution to everything, he came up with the answer. Attaching a line to his favourite ferret, he put the animal into a land drain on his side of the road and sure enough, a short while later it re-appeared on the far side. He then connected an electric cable to the line, pulled the cable through, and then ran it to the church. St. Barnabas has had power ever since, although the electricity is now supplied by a rather more formal method. 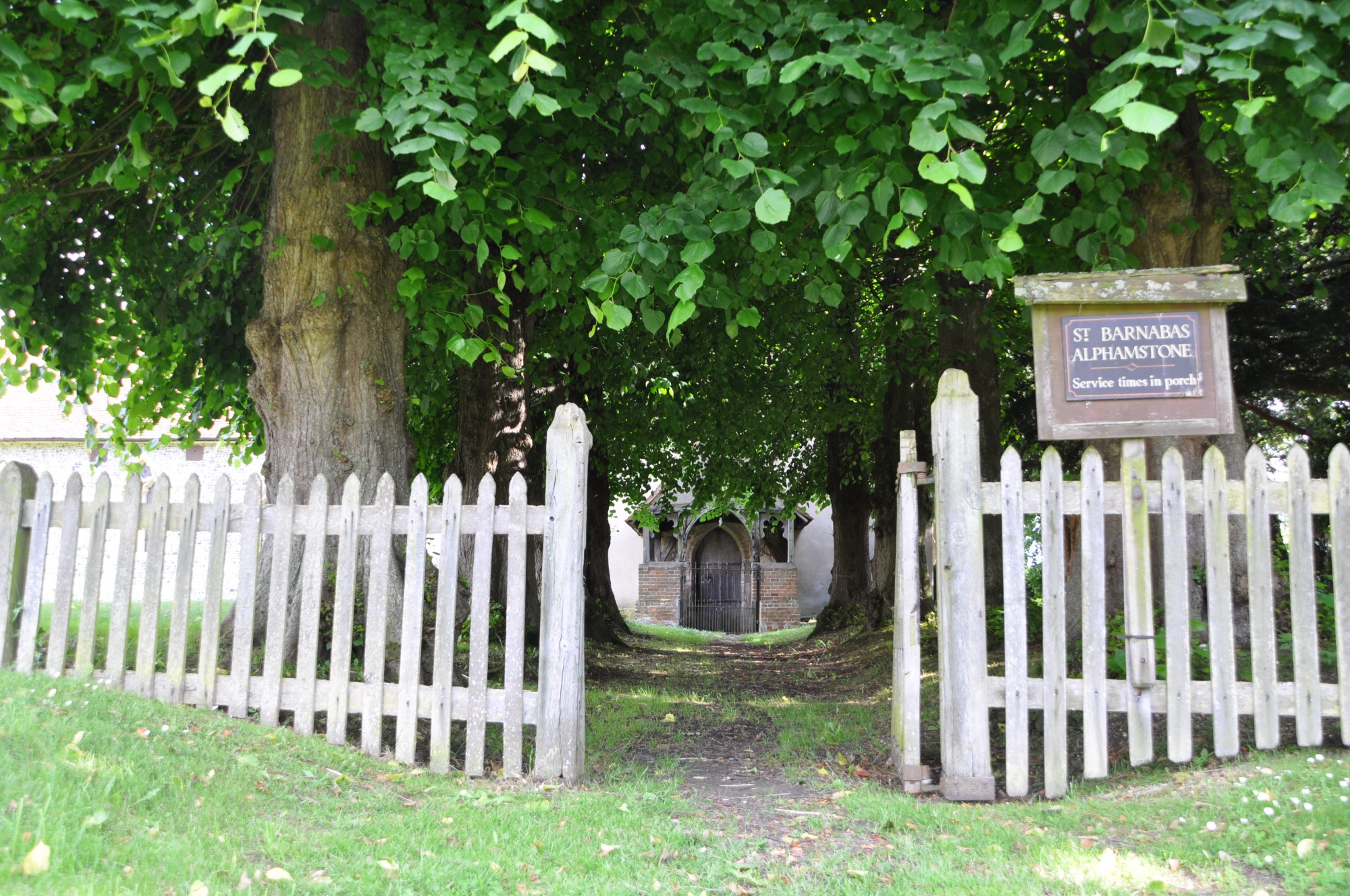